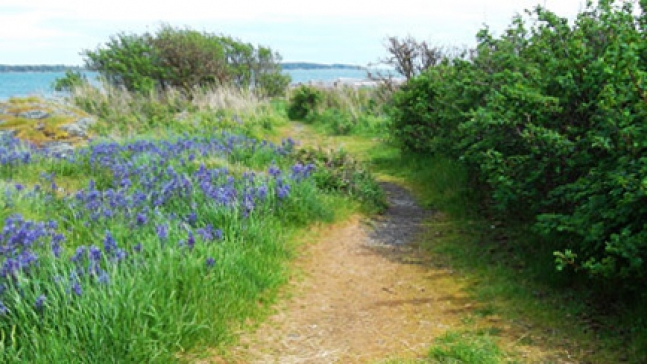 Whether you’re going for a stroll, taking a jog, hitting a tennis ball or just enjoying the stunning ocean views, Oak Bay offers many beautiful parks you can visit year-round.

Did you know that the Oak Bay waterfront is part of the oldest Migratory Bird Sanctuary on the Pacific Coast of Canada and was established in 1923?

The following map show the location of the total sanctuary:

Central Meadow in Uplands Park to Close for Winter

Uplands Park is an ecological treasure of national significance.

Boasting one of the highest concentrations of endangered plant species in Canada, the park is also home to a rare complex of Garry Oak meadows and woodlands, maritime meadows and vernal pools, which once covered a much greater part of our region.

Since the 1800s, Garry Oak ecosystems have shrunk by more than 95 per cent, making them one of the country’s rarest. Uplands Park contains a sizeable piece of what remains.

While all of the park’s meadows are magnificent, particularly in the spring when they are in full bloom, one among them stands out as being of particular interest: the "Central Meadow", recognizable by its iconic Garry Oak and rocky outcrop. Of all the meadows in the park, the Central Meadow has the greatest diversity of flowering plants and is home to 17 endangered species of plant.

This year, for the third time, the Oak Bay Parks Department will be closing the Central Meadow to foot traffic from November to mid-April, a time when the meadow is at its wettest, its soils most vulnerable to damage and its native plants most susceptible to trampling.

When the meadow is reopened in the spring, flowers will be reaching their peak, foot paths will have started to dry out and park users will no longer have to step into actively growing meadows to avoid the flooding in the trails. As last year’s experience has shown, meadow closure results in a significant reduction in damage to soil and native plants, allowing more meadow flowers to reach maturity and set seed.

It is important to note the impact of dog runs on meadows. Running dogs churn up soil and destroy emerging native wildflowers, creating conditions that favour the establishment and spread of non-native invasive grasses which, over time, will replace the park’s Garry Oak meadows. Oak Bay Parks are requesting Park users refrain from throwing balls for dogs anywhere in the park.  An example of what can happen can be seen at Finlayson Point along Dallas Road where camas meadows have been converted to grassy fields through overuse as an off-leash dog area. See here for photos showing the change since the 1950s: beaconhillparkhistory.org/articles/105_plant_destruction.htm.

Fortunately, one of the biggest threats to the meadows and their rare plants—invasive species—is on the decline thanks to the considerable resources invested by the Oak Bay Parks Department, the federal government’s Habitat Stewardship Program and the many thousands of volunteers who have given generously of their time.

Last year, Friends of Uplands Park, who organize regular restoration events in the park, held more than 169 events that contributed more than 1600 hours of volunteer labour removing invasive plants from the park.

Restoration of Uplands Park depends on volunteers. If you are interested in finding out how you can become involved, feel free to email Friends of Uplands Park’s president Margaret Lidkea at mlidkea@shaw.ca or visit friendsofuplandspark.org.

Image 1 of 2:
One of several meadows being restored in the park. This one was the site of a very large patch of impenetrable Gorse, removed in 2005: 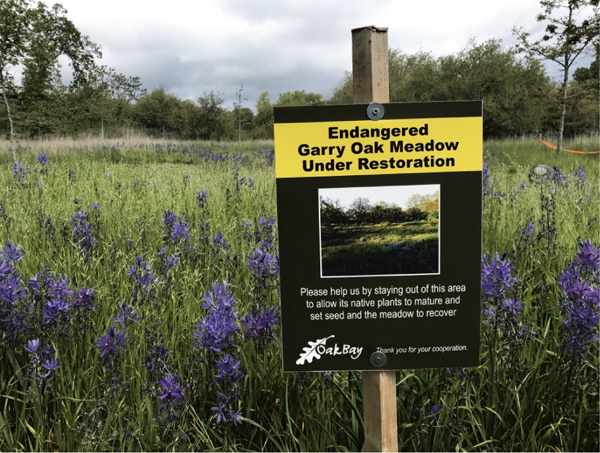