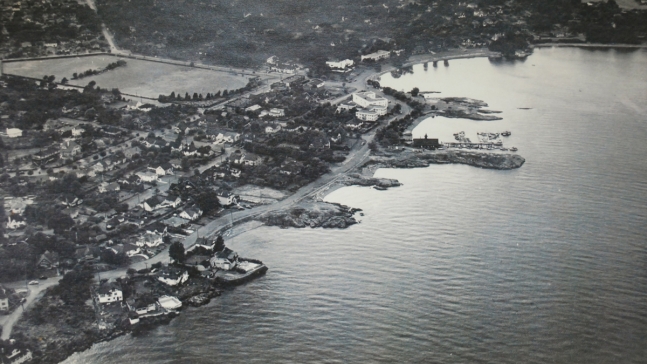 For many centuries, aboriginal groups camped or lived permanently at tidewater sites harvesting the bounty of the Garry Oak meadow landscape and nearby Salish Sea. The lands of Oak Bay still contain many artifacts and archeological sites from this era. The first European explorers arrived in the late 1700's, ultimately establishing Fort Victoria in 1843. At this time the Hudson's Bay Company had control over most of the land that makes up Oak Bay, followed by several family farms established through the second half of the 19th Century to service Victoria. One original farmhouse, Tod House, still stands today as the oldest continuously-occupied home in Western Canada (built c. 1850).

As the 20th Century approached, Oak Bay was revered for its recreational opportunities. Cottages were built beside the sweeping bays while visitors camped by the shore or rented rooms at resorts including the Mount Baker Hotel, Willows Hotel, and later the Oak Bay Beach Hotel. People traveled by horse or electric streetcar to Windsor Park for cycling, rugby, and cricket, and to the extensive fairgrounds near modern-day Carnarvon Park for horse racing. Other popular Oak Bay activities included sunbathing, swimming, fishing, golf at the Victoria Golf Club (est.1893), and sailing out of the Royal Victoria Yacht Club (est.1892, with move to Oak Bay in 1912).

Oak Bay was incorporated in 1906. The first Reeve was W.E. Oliver, with prominent residents such as Rattenbury, Henderson, and Pemberton making up the first Council. Reliable transportation and newly-laid sewer and water pipes saw the first homes built near Oak Bay Avenue, Cadboro Bay Road, and the central waterfront district. Oak Bay Village formed the nucleus of services at this time, with the municipal hall, police station, post office, high school, and churches built nearby. By the close of the land boom period (1906-1913), much of Oak Bay was planned and mapped into lots, although much of the land was still undeveloped and much of the northern area was still owned by the Hudson’s Bay Company.

Between 1945 and 1960, under agreement with the municipality, the Hudson’s Bay Company developed their remaining lands into serviced residential properties. By 1950, horse racing had ended at the fairgrounds, the exhibition hall and other buildings had burned to the ground. Together with municipal purchase of the lands, these events all allowed development of the Carnarvon area for residential purposes. In 1960, after a falling out with Oak Bay, the Hudson’s Bay Company sold the northernmost section of their land to the University of Victoria.

The early 1960s saw the last push of substantial development in Oak Bay, with Oak Bay Marina being established and the final residential neighbourhoods built out. The architecture of Oak Bay reflects many styles prominent through its history, with fine examples of Tudor Revival, Art Deco, Arts and Crafts and more found throughout the tree-lined neighbourhoods. Throughout its history, Oak Bay has been one of the most desirable places to live in Greater Victoria; it has maintained its primarily single-family residential nature, with a population growing by just 0.1% annually over the last 50 years

Additional Information can be found on the Oak Bay Archives pages.