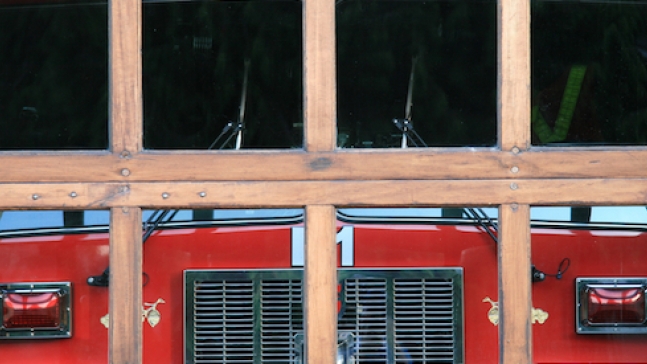 Although most homes have at least one smoke alarm, almost 50% of home fires and 60% of fire deaths occur in homes with no alarms, or the alarms are not working. Thousands of people still die each year in home fires where smoke alarms aren't present.

In addition, there are now more homes with smoke alarms that don't work than homes without alarms at all. These poorly maintained units create a false sense of security for occupants.

Tragically, the importance of installing and maintaining smoke alarms has not yet been fully realized. Most people who die in home fires are not in the room where the fire starts; Working smoke alarms alert people to fire and give them time to escape in a situation where minutes can mean the difference between life and death.

Having a smoke alarm cuts your chance of dying nearly in half, if you have a home fire. By properly placing, and regularly testing and maintaining your alarms, you can ensure that they are working and will alert you if a fire breaks out. Smoke Alarms either operate using an ionization sensor or a photoelectric sensor. An ionization detector uses an extremely small quantity of radioactive material to make the air in the detector chamber conducts electricity.

All tested and labeled smoke alarms offer adequate protection if they are properly installed and maintained.

A recent National Fire Protection Association (NFPA) report on smoke detectors found that there are a substantial number of households that do not have the devices on every level of the home, as needed. The majority of fire deaths occur at night when people are asleep. NFPA's National Fire Alarm Code (NFPA 72) says homes must have smoke detectors on every level of the home, including the basement, and outside each sleeping area.

To slow the spread of smoke and fumes, if a fire develops, NFPA suggests that you sleep with your bedroom doors closed. If you sleep with your bedroom doors closed, install a smoke alarm inside each bedroom. Smoke alarms should also be installed in other areas of your home where people sleep. In new homes, the B.C. Building Code requires hard-wired detectors to be interconnected, so that if one detector is activated, all detectors will sound the alarm signal.

On floors without bedrooms, smoke detectors should be installed in or near living areas, such as family rooms and living rooms. Smoke alarms that are hard-wired into the home electrical system should be installed by a qualified electrician. If your detector plugs into a wall socket, make sure it has a restraining device to keep its plug from being pulled out. Never connect a detector to a circuit that could be turned off at a wall switch. Most detectors are battery-powered and can be installed with a screwdriver and drill and by following the manufacturers instructions.

Test Your Detectors: Let's Hear it for Fire Safety!

Since smoke and deadly gases rise, smoke alarms should be placed on the ceiling at least 4 inches from the nearest wall, or high on a wall, 4-12 inches from the ceiling. This 4-inch minimum is important to keep detectors out of possible "dead air" spaces, because hot air is turbulent and may bounce so much it misses spots near a surface.

Installing detectors near a window, door, or fireplace is not recommended because drafts may divert smoke away from the unit. In rooms where the ceiling has an extremely high point, such as in vaulted ceilings, mount the detector at or near the ceiling's highest point.

Maintenance is a Must

Whether your smoke alarms are hard-wired or battery-operated, NFPA recommends testing them once a month to make sure they are operating. Test each detector by pushing the test button and listening for the alarm.

If your smoke alarms are battery-operated, replace their batteries according to the manufacturer's instructions. NFPA recommends doing this at least once a year or when the alarm “chirps”, alerting you that the battery power is low.

Replace the batteries immediately if you move into a new home. Make sure no one disables your smoke alarms by borrowing batteries for other uses.

Everyone you live with should understand how critical it is to have working smoke alarms.

Just as you clean your home, your smoke alarms need to be cleaned. Make sure you follow the manufacturer's instructions about cleaning. Cobwebs and dust usually can be removed with a vacuum cleaner attachment. If you are going to be doing work nearby that could send dust in the air, cover the detector with a shield. Also, shield the detector if you are painting around it, and never paint over it. Remove the shield promptly after work is completed.

All smoke alarms need to be replaced after ten years.

No Substitute for Smoke Alarms

Fire protection in the home must start with smoke alarms.

Contrary to popular belief, the smell of smoke may not wake a sleeping person. Instead, the poisonous gases and smoke produced by a fire can numb the senses and put one into a deeper sleep or cause death.

Oak Bay Fire Department reminds you to "Change Your Clocks, Change Your Batteries" on the second Sunday in March and the first Sunday in November. Replace the new batteries in your smoke alarms, when you change your clocks to make sure that your family has the critical time needed to escape if there is a fire in your home.