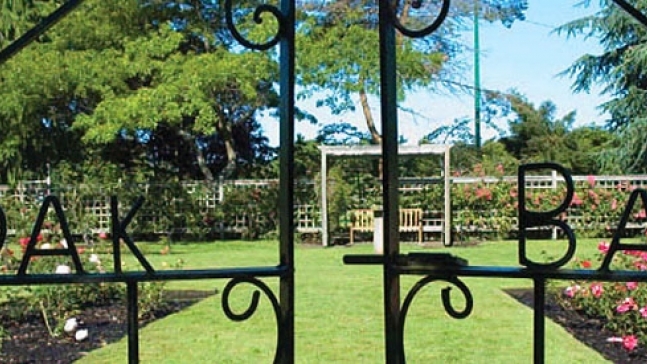 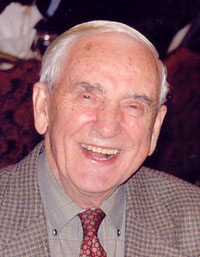 Ian was an active member of the Oak Bay Seniors Activity Association for over 20 years. In addition to serving on the Executive Committee in a number of positions, he provided leadership for a number of initiatives such as starting a musical performance group “The Note-ables”. He was also instrumental in starting a Family History Club and a Computer Club that have strengthened the social and community bonds of this organization. 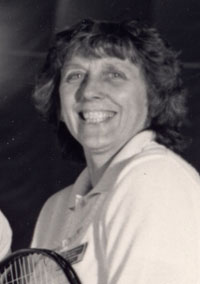 Nancy was a resident of Oak Bay for over 35 years and served on the Oak Bay Parks and Recreation Commission from 1975 – 1976. She was a great supporter of the creation of the Oak Bay Recreation Centre and canvassed the Oak Bay neighborhoods to promote the vision.

Nancy was a strong supporter of sports in the Oak Bay Community. She was involved with Ladies Field Hockey as a player, captain and manager. She was captain of the Canadian Ladies Field Hockey Team that went to Germany and played on many island and provincial teams. She was a member of the Oak Bay Tennis Club and was instrumental in introducing tennis to the local schools. Nancy taught at Victoria High School from 1964 to 1969 as a PE Teacher and Field Hockey coach encouraging students to be physically fit and make good use of their leisure time. When she retired from teaching she taught tennis at Recreation Oak Bay from 1975 to 2000 working with all ages. 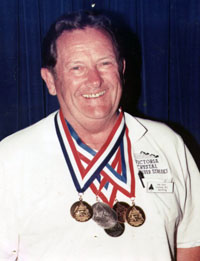 Ken was an Oak Bay resident for over 70 years and an active member of the community. In addition to serving on the Oak Bay Parks and Recreation Commission during the planning and construction of the Oak Bay Recreation Centre, he also assisted in the development of the swim lesson program offered when the Centre opened in 1975.

During his long teaching career Ken served as Vice Principal at Willows Elementary School for 12 years. Ken served as a member of many community organizations such as the Oak Bay Emergency Services, President of the Oak Bay Optimist Club and as Elder for the Oak Bay United Church.

Ken was active in sports all his life and excelled at swimming, which he taught, coached and actively competed in until his death in August 2007. 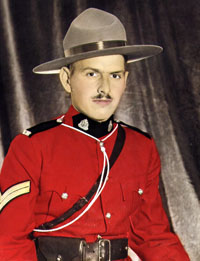 Stan worked as an RCMP officer from 1933 to 1961 with most of his working life being spent in the Identification Section at the regional crime labs in various cities.

Stan became involved in Scouting in Edmonton at age 18 (1929) upon the request by the Archbishop of Edmonton to form a scout group. He was involved in scouting everywhere the RCMP sent him.

Stan retired from the RCMP in 1961 and moved to Victoria where he started the 12th Garry Oak Scouts at St. Mary’s Anglican Church. He served as Cubmaster from 1962 to the early 1980’s and continued to remain in touch with scouting up to 2007.

He values leadership highly and feels that scouting is a wonderful organization for building leadership skills and creating community leaders. 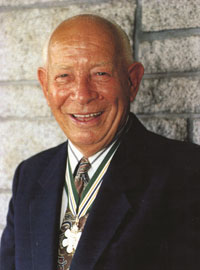 Dunc was known as the “Father of Municipal Recreation” and was recognized as such when he was made a member of the Order of British Columbia in 1993. Dunc was instrumental in the building of Canada’s first municipally owned and operated senior citizen’s recreation centre in New Westminster in 1956 and building the first multi purpose recreation centre in BC in Port Alberni in 1967.

Dunc came to Oak Bay on the request of the Municipal Council and, with strong community support, built the Oak Bay Recreation Centre which opened in October 1975. Dunc retired as Director of Parks & Recreation in 1985 but continued to serve the community until his death in 1996. Dunc was relentless in pursuing his goal and vision of “strengthening the social fabric” of the community through his personal example of how he lived life and through his innovative and ground breaking leadership in developing recreation facilities for all ages in the communities in which he worked. 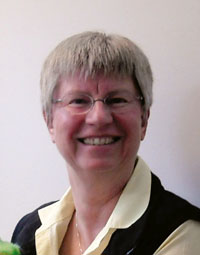 Agnes was hired as a summer student to help furnish the new Oak Bay Recreation Centre and then hired as the first Tennis Coordinator and Instructor in 1975. She left her position to attend law school and returned in 1980 as Assistant Superintendant. Upon Dunc Russell’s retirement in 1985 she was appointed as the Director of Parks and Recreation where she remained until her retirement in 2009. Agnes has been a true leader and had a very distinguished career through her active participation in the local, provincial and national parks and recreation field. Many people have benefited from her mentoring and leadership.

Agnes is an acknowledged expert in the parks and recreation field and earned the greatest respect of her staff, colleagues, councils, commissions and community. She led her department through many changes and along the way championed a keen sense of customer service, explaining, “It is not the bricks and boards, it is how people feel when they come here.” 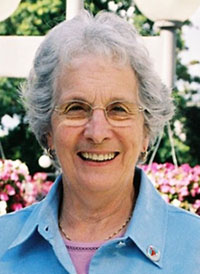 Joyce joined the Monterey Recreation Centre in 1997, first serving as the Golf Club representative and soon became the Vice President and then President of the Oak Bay Senior Activity Association. She played a significant role in the International Year of the Older Person in 1999 organizing various events and was Volunteer Coordinator for the 2006 Oak Bay Centennial celebration.

Joyce has been a member of the Building Committee and Finance Committee and continues to contribute to the Centre as the Oak Bay Seniors Activity Association Treasurer. She was instrumental in developing the Computer Club at the Monterey Recreation Centre, has created PowerPoint presentations for the New Members Tea, and introduced a support group for Widows and Widowers. 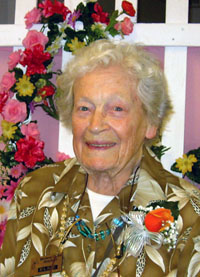 At 95 years of age Elsie is one of the longest standing members of the Monterey Recreation Centre. Elsie has been a member since 1979 and has served as Vice-president and President of the Oak Bay Seniors Activity Association.

Over the years she has taken on the responsibilities of Treasurer, Vice President and President of the Craft Carnival Club and was instrumental in organizing and running the annual bazaar.

Elsie has been an active member of the Photo Club for the past 25 years and has acted as President on two separate occasions. She has arranged the programs for shows presented by members and visiting photographers and has played a key role in organizing evening shows and taking travelogue presentations to various retirement homes.